We’re excited to announce three more acts in the Alaska State Fair 2018 AT&T Concert Series line-up at the ConocoPhillips Borealis Theatre: Stone Sour on August 23, Three Dog Night on August 26, and Bishop Briggs with lovelytheband on August 31. Tickets for the three newly announced concerts go on sale to the general public Friday, May 18 at 10 a.m. 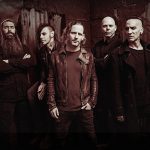 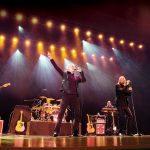 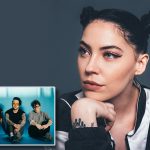 Thursday, August 23: Stone Sour. Described as a cross between Metallica and Alice in Chains, these Iowa-based rockers have made a name for themselves over their nearly 30-year career with a pair of Gold-selling albums, three Grammy nominations, and songs including the hit single “Through Glass” and “Bother,” which was featured on the Spider-Man soundtrack. Hydrograd, their most recent release – and sixth full-length album – came out last year.

Friday, August 31: Bishop Briggs with lovelytheband. With a voice full of grit and heft, Bishop Briggs has been compared to strong female vocalists like Janis Joplin, Florence Welch and Aretha Franklin. Her songs include the heartfelt singles, “River” and “Wild Horses,” as heard on her 2017 self-titled debut EP. Church of Scars, featuring Bishop’s latest single, “White Flag,” was released this spring. Opening for Bishop is the sleek-toned indie pop group, lovelytheband, which debuted in July 2017 with the hot single “Broken,” currently #1 on the Billboard alternative chart.

New this year, we are offering the option to purchase concert tickets that include Fair admission! The included admission is at a discounted price and good any day of the Fair. Concert-only tickets are still available for fairgoers who already have admission. Details on ticket options and pricing are available on our website. Convenience fees apply on all concert ticket purchases.