If good rock music gets your heart pumping, or if you’re in the mood for some irreverent and hilarious comedy, then you’re going to be excited about the final acts announced for the 2016 AT&T Concert Series at the Alaska State Fair! 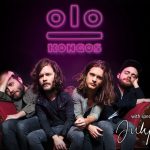 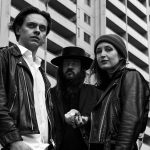 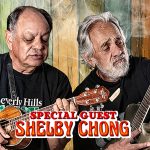 Kicking off the August 28 show at 6 p.m. is July Talk, the Canadian rockers known for their electrifying concerts and dynamic new single, “Push + Pull.” KONGOS, the four-brother rock band behind “Come With Me Now” and “I’m Only Joking,” starts their set at 7 p.m.

On August 29, the Fair welcomes Grammy Award-winning comedians Cheech & Chong on their first tour in more than 25 years! Performing with them is special guest, Shelby Chong, a talented, up-and-coming female comedian making a name for herself with her raunchy, outrageous, yet innocent, feminine-centric stand-up show.

Mark your calendar – tickets for these two shows go on sale to the general public Friday, June 3 at 6 a.m.

The groups round out our 2016 concert line-up, including the previously announced acts:

Tickets for the 10 previously announced shows are currently on sale, while tickets to KONGOS with special guest July Talk and Cheech & Chong featuring special guest Shelby Chong go on sale to the general public on June 3 at 6 a.m. Get your tickets:

Want to find out more about this year’s line-up? Visit our website for ticket prices, bios, photos and performance samples.