The hits just keep on coming! We are so excited to announce the addition of multi-platinum, Grammy-nominated rock band Goo Goo Dolls and hot new country trio Midland to our 2018 AT&T Concert Series line-up at the ConocoPhillips Borealis Theatre. Tickets for both concerts go on sale to the general public Friday, February 16 at 10 a.m. 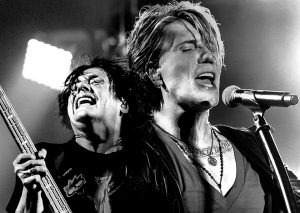 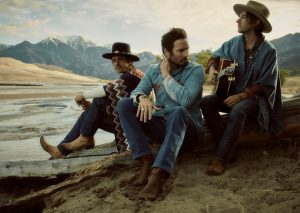 Goo Goo Dolls, presented by KYMG, will perform Friday, August 24 at 7 p.m. With more than 12 million albums sold since 1986, this multi-platinum, Grammy-nominated rock band is one of the most globally respected and influential forces in popular music. “Name,” “Slide” and “Iris” are among the band’s impressive 14 Top 10 hits – more than any other artist in the history of the Hot AC format. The band has 11 full-length studio albums to their name, and released a five-song EP, You Should Be Happy, in 2017.

Midland takes the stage Saturday, August 25 at 7 p.m. Described as 70s California country, Midland is known for their smooth, Eagles-style harmonies and heart-on-your-sleeve lyrics, all sung with the twang of George Strait. After endearing themselves to fans with the hit radio single “Drinkin’ Problem” and a self-titled EP, the trio of friends known as Midland unveiled their full-length debut, On the Rocks, which also features the songs “Make a Little” and “Nothin’ New Under the Neon.”

New this year, we are pleased to offer the option to purchase concert tickets that include Fair admission! The included admission is at a discounted price and good any day of the Fair. Concert-only tickets are still available for fairgoers who already have admission. Remember that convenience fees apply on all concert ticket purchases.

Mark your calendar – starting at 10 a.m. on Friday, February 16, tickets will be available:

The Goo Goo Dolls and Midland join breakthrough country star Luke Combs and Grammy-nominated stand-up comedian Jim Gaffigan in the 2018 Fair line-up. Combs appears at the Fair September 1, while Gaffigan will perform two shows on September 2. Tickets to see Combs and Gaffigan are currently available for purchase on our website.